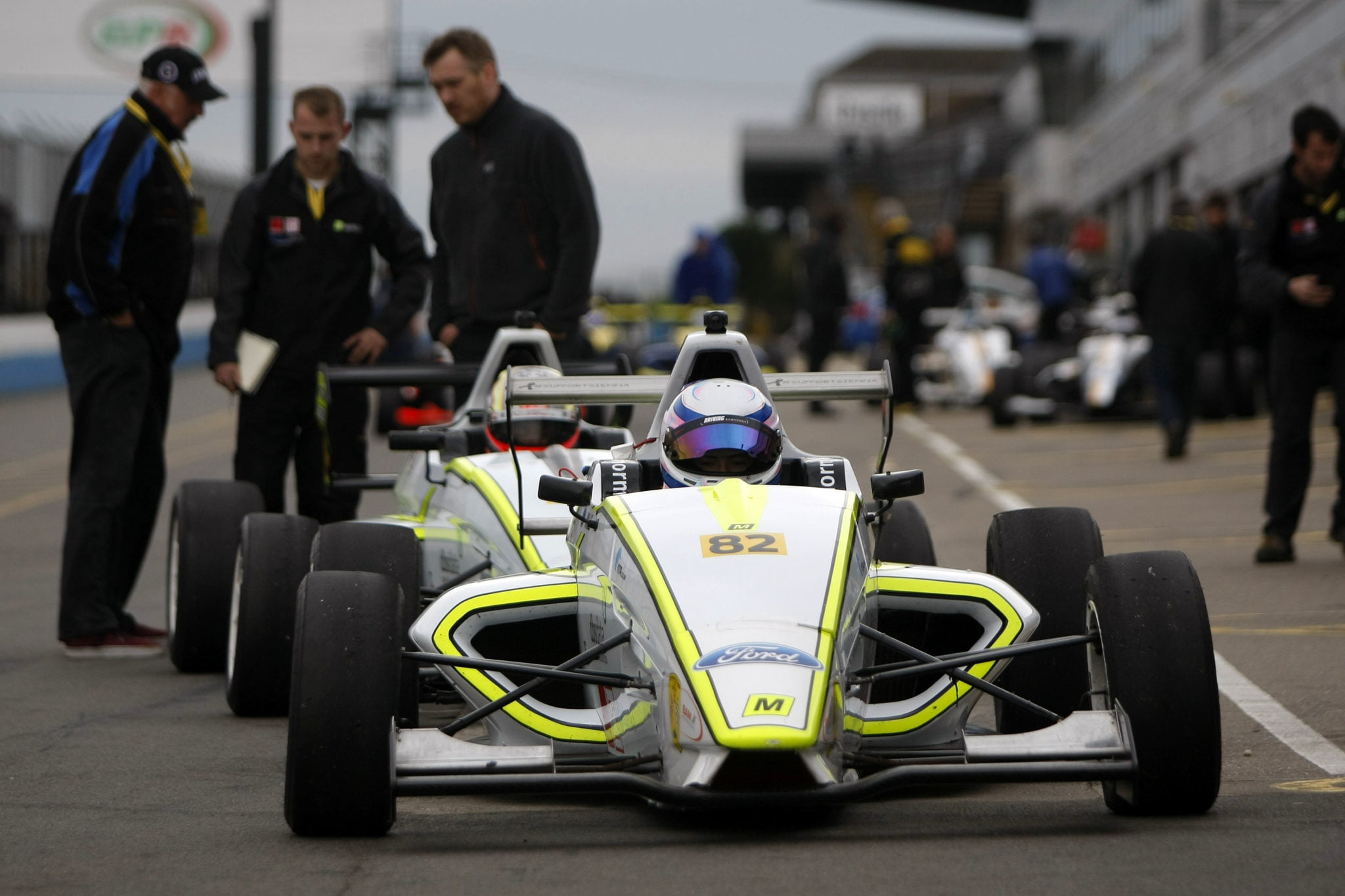 Ok, so you are probably reading this as you are still a little skeptical about how some shiny silver/gold heat tape can actually make a difference to your overall engine performance. Does gold tape actually work? Am I right? Yes it does work! That is exactly why this is the first of many case studies that we will produce using trusted sources and information that is unbiased to provide the facts to help you make a more well educated decision about our fantastic range of heat management.

We will begin with a small overview on the vehicle that we will be looking at. During the 2012-2014 race seasons, British Formula Ford took a huge step forward in modernizing a historic race series that has hosted many
legendary drivers since 1970s, including Ayrton Senna, Eddie Irvine and Jenson Button. Ford and Mygale (Chassis manufacturer) got together to use the new EcoBoost engine in conjunction with a new space frame chassis that would be used to host slick tyres and aerodynamic front and rear wings. This was combination was cutting edge for an entry level formula, a turbo charged, modern, reliable engine combined with a competitive chassis. Historically Formula Ford has always been a development championship – whereby the competitor could openly develop the vehicle in great detail (much like F3), with some strict restrictions regarding the engine, turbo and aerodynamics.

Each car was fitted with the Ford Fiesta 1.6 EcoBoost engine that would be race built and prepped by a given supplier, then sealed for the remainder of the series – in the interest of fairness. Each car was allocated again a sealed ECU, with a fixed engine map and strict max power and torque figures. One team (Meridian) saw this as a huge way in to exploit some extra performance! Since Maximum figures applied for only a very small area of the RPM range, the focus applied throughout the remainder of the RPM band. The team could not directly do anything to the engine, though could provide cooler air for the engine to breath better – therefore creating a more desirable figure produced by the intake temperature and MAF sensors and in turn creating a bigger spark within the combustion chamber. The team could also look at optimising the heat transfer methods between the radiators. The team quickly realised that once they could provide large enough cooling gains through the side pods using some trick methods (explained later on), they could completely eradicate one radiator all together.

One less radiator, meant that the engine would have to use less auxiliary power pumping coolant around the circuit, though maintaining an ideal temperature reading on both the oil and the water gauges. The combination of a bigger spark and less drag on the engine of running a water pump at a higher capacity, would result in an engine that has to provide less work to actually power the auxiliaries and thus would result in more power to the rest of the drive train. The cooler intake air combined with the stronger spark that the system would provide additional engine output force and a more aggressive power/torque curve.

So how did they achieve all of this? Firstly, cooling. The engineers looked at the airflow paths towards the heat exchangers and radiators, they aimed to make these paths as clean as possible to provide easier heat exchange. They worked on creating smooth airflow surfaces and ensured that any small gaps around the ductwork or radiators were filled – this ensured that 100% of airflow was reaching the radiator. Remember air, much like electricity and water, will always take the easiest route out. Heading through a radiator which may be 50mm thick, full of cooling fins, will inevitably be a tougher route to negotiate than a small gap next to the radiator. Certainly an interesting thought. In regards to the intake temperatures, the same methods as outlined above were used in all induction components, a new, smooth, flowing and sealed air box was also created to aid this. The issue with all of the piping, especially on a turbo charged vehicle, the areas you are trying to keep cool are right next to areas that get very hot! Exhaust wrap was used to reduce the heat dissipation from the exhaust, and gold reflective heat tape was used extensively around all induction pipework, air box, intake temperature sensors, MAF tubes and all other vital sensors.

So was all of this effort really worth it? A great big yes! The cars in the Meridian squad, in the same conditions to every other car on the grid were actually seeing an intake temperature of 5 Degrees C lower than all every other car! This lower temperature was noticeable by the drivers throughout the entire RPM range, who could now comfortably use the additional power and less drag on the engine to great benefit!

All of this from some exhaust wrap, a lot of Gold reflective heat tape and a little bit of thought.