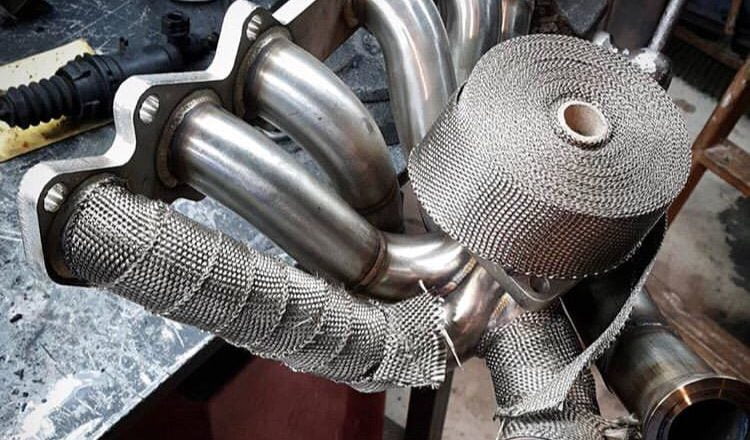 Exhaust systems and manifolds can be a work of art, but yet we see so many people taking the time to wrap them or cover them away. These intricate components can be one of the highest heat producers within the engine bay. But then why would you want to wrap it up and put a jacket on it? Why would you want to keep the heat contained inside, and not let it expel as it naturally would?

Most people think that wrapping can be harmful to the system, due to an excessive heat build-up within it and therefore causing damage to the metal walls of the exhaust. In fact, this is wrong. So long as the system is covered correctly, there is no chance that the system will be prone to damage as the entire system will remain at a similar temperature.

A little physics here: A hotter gas will always flow faster and actually accelerate faster than a cooler gas.

So there we have it, keeping your system wrapped up is actually good for the engine’s performance! Who knew?!

Besides this, there are a huge number of positives to take away from a well insulated exhaust system:

So, there we have it! Wrap your exhaust and keep the core temperatures up for way more positives than initially meet the eye!

Exhaust insulation hits all three of our mantra’s points!